The climate crisis is so vast and terrifying that it can be intimidating and easy to ignore. We try to continue with our daily lives, but as David Wallace Wells (author of The Uninhabitable Earth) explained on the Longform Podcast, the crisis is entirely our responsibility:

“It can seem so overwhelming, especially when you think about all the economic and political and cultural inertia, but we collectively, as a humanity, are doing this. We’ve done this incredible damage in the space of thirty years. We’ve brought the planet from total stability to the brink of catastrophe in thirty years.”

As the effects of the crisis become more and more visible, children’s fiction on the climate crisis is growing in availability. But why should children read about a terrifying problem invented by grown-ups that can only be solved by grown-ups? Why put it on children’s shoulders at all? Why upset them? Can’t we just let children be children?

Here’s the five reasons why I think children should read about the climate crisis.

1. Yes, it is upsetting, but your children can cope

As with any other topic in fiction, especially for younger readers, parents can help monitor and support children to read books that are suited to their emotional, cognitive and developmental needs. Still, learning about the realities of the climate crisis could potentially be distressing for a child.

To tie in with their educational programming on the climate crisis, BBC put this useful outline on their website, what to do if children get upset when learning about climate change? and it suggests:

Remind them they are not alone

It is important to remind children that it is OK to feel anxious and that they are not alone in feeling worried or upset. Other children and adults will feel the same way.

Encourage them to share their fears or worries with an adult they trust. If they find it hard to explain, drawing and writing can provide excellent outlets for expressing their feelings.

Balance out the upsetting news articles about climate change and pollution with positive stories of how individuals and groups are benefiting our environment. For every sad thought, remind them of all the things that make them happy and feel positive, and that they can make a difference by recycling, reducing and reusing their plastics.

And let’s not forget the wise words of children’s author Judy Blume about children who happen to read something beyond their capacity:

2. There’s loads of excellent children’s fiction on the climate crisis

Last month on this blog, I looked for suggestions of books on the climate crisis and climate action. Within hours, many suggestions had been made to me by Twitter buddies. 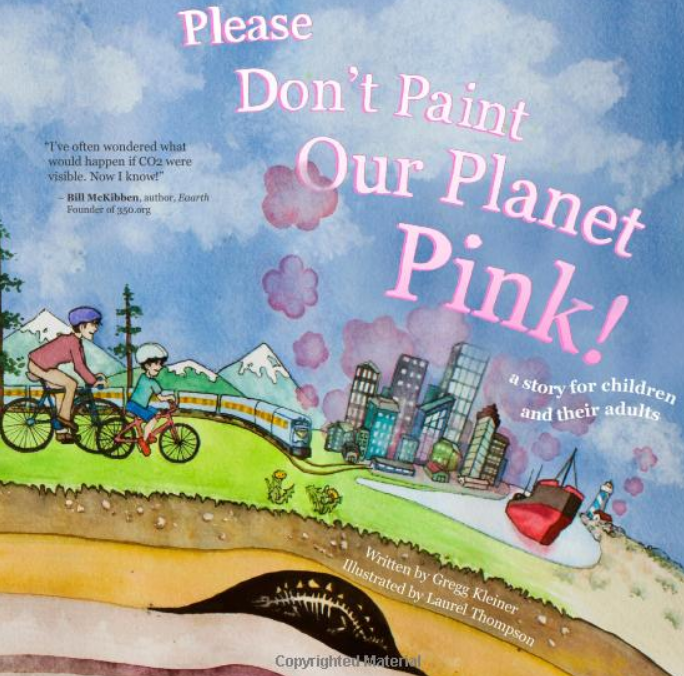 For younger children, these suggestions included picture books like ‘The Tantrum that Saved the World’ and ‘Please don’t paint our planet pink’ . Tiny Tree books even kindly sent me five lovely picture books dealing with climate change for young readers, including The little bear who saved the world by Tom Utting and Samira Cusman (featured in main photo).

In middle grade fiction, commonly mentioned books on Twitter were Mortal Engines by Philip Reeve and The Last Wild by Piers Torday, but there are obviously many others. 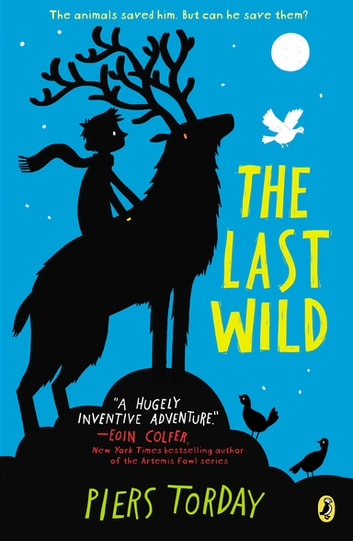 I learnt about the literary movement called Cli-Fi which is defined by Bookriot as ‘any fictional work written about the effects of climate change and global warming.’ Young Adult Cli-fi novels include Paolo Bacigalupi’s novels , Marcus Sedgwick’s new book Welcome to Snowflake, AZ and a trilogy of novels by James Bradley, who says in the Guardian about writing about the climate crisis:

“I began to understand the decision to write for younger readers also mattered because it is younger people who will inherit the world we are making.” 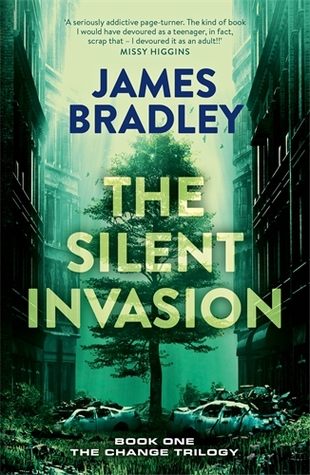 All of these specific books came from recommendations to me on Twitter however, there are also lists of critically acclaimed titles available from the Guardian and Yale Climate Connections .

There’s loads out there so check out these recommendations, peruse these lists, ask your friends, check Goodreads, and find what works for your child’s age and pick the image and ideas that will connect with them best. There’s useful research being done that suggests the approaches that might best engage readers are not the ones we see most often, as discussed in Yale Climate Connections:

“Images of polar bears, these studies have found, makes climate change seem a remote and distant problem in viewers’ eyes. What’s more, a recent study finds that Americans now more commonly associate climate change with images of extreme weather than with polar bears or ice. Perhaps when they take up their second or third book on climate change, today’s young readers will see beyond their polar bear picture books.”

3. Children can teach their parents about the climate crisis

I know from my personal experience that I learn as much from my children as they (hopefully) do from me. Children learning about the climate crisis are no different, but in this case they can help save the world by talking about what they’ve learned.

In recent American research discussed in the LA Times:

“Researchers found that teaching children about climate change in school significantly increased their parents’ concern over the issue. Notably, the effect was strongest among conservative parents – who tended to be the least worried about global warming, and whose views have historically proven difficult to influence.”

The most prominent example of children influencing their parents on the climate crisis is Greta Thunberg. Maybe it wasn’t through a children’s book, but she learned about the climate crisis at the age of eight. Thanks to her pressure, her parents are now vegans, have stopped traveling by air and are campaigners themselves too. Obviously she’s also been an inspiration to millions of other adults, including myself.

How many more children can change their parents’ views and perhaps save the world if the books they read educate them about the crisis? Maybe we should even be strategic in how we target young readers. Could we deliberately gift books on the climate crisis to the children of climate crisis delayers or deniers? Whatever works!

4. Children’s fiction and children already have a role in climate action

On Twitter, @kidlit4climate is an initiative which encourages both kids’ writers and illustrators to produce work in support of climate activism.

Authors 4 Oceans is an amazing resource set up by children’s fiction authors to promote care for the ocean and reduction in plastic usage.

And, of course, beyond the climate action work done within and supported by children’s fiction authors, there are is the global movement of young people that are changing everything with the Student Strikes for Climate.

This series of strikes, like Greta Thunberg herself, is a seemingly unstoppable force. It shows children that they can make a difference and engages them in the wider world. It prepares and equips them to survive in the damaged world that they are due to inherit. And, perhaps most importantly, it shames adults into action.

5. The climate crisis is a call to adventure

So, as I’ve shown here, kids can cope with the fears raised by learning about the climate crisis. There’s lots of great books available for them to read and children can, in turn, educate their parents on the issues. And whether or not we like it, children already have a significant role in the international climate action movement.

But it’s still not enough.

The world’s leading climate scientists in the UN Intergovernmental Panel on Climate Change (IPCC) warned there is only a dozen years for global warming to be kept to a maximum of 1.5C, beyond which even half a degree will significantly worsen the risks of drought, floods, extreme heat and poverty for hundreds of millions of people.

Their warning was almost a year ago. Now we have only eleven years left.

But let’s not forget that children love adventures. Through fiction, they go on journeys into magical lands, solve crimes, and conquer evil. The climate crisis itself is a call to adventure for everyone, young and old. It is a call to the greatest adventure that this world has ever faced. As stated by David Wallace Wells:

“You and I and everyone on this planet are protagonists in the literally greatest story ever told. This is a saga that used to be understood at the scale of mythology and theology and we are living it ourselves, and we have a responsibility for assuring a future for the entire species, a prosperous, fulfilling, just future. That will be the story of our lifetime.”

So, go on. Give a child the gift of a book that educates, engages and inspires them to be a protagonist in the climate action adventure. Everyone is needed. Young and old, we must fight together. Only together can we win.

Only together can we ensure this story has a happy ending.

PS: Please do comment below, especially to please share book recommendations and your experience and advice on children reading about the climate crisis.