Like every writer aspiring to be published, I do everything to try to make my writing sing. However, I have a secret weapon that most writers lack. My brother, Aelred Doyle, is a professional copy editor and proofreader. He works through my final drafts for me, fixes the grammar, tightens them, cuts out the redundancies and generally just helps them pop. And he does it for free. Thank God, we get on well.

Aelred agreed to answer a few questions, which I’ve punctuated here with some of the more egregious errors he has encountered, such as the following insight:

“Now to the year ahead. I suspect a lot of decisions, in terms of construction projects, will be made by decision-makers.” 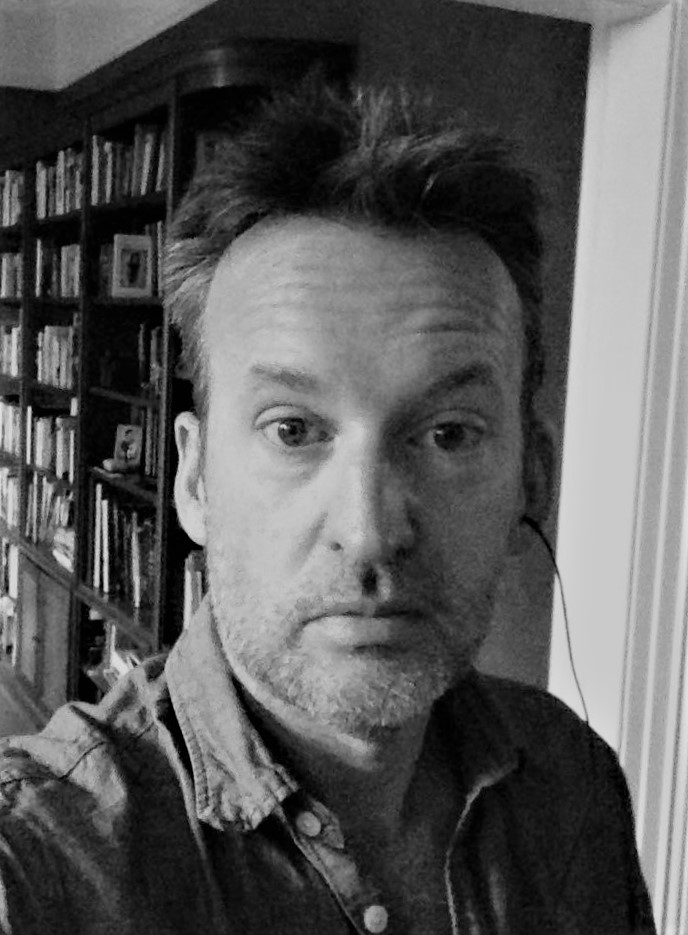 What’s your job title? What do you do?

Proofreading is purely checking for mistakes of spelling or grammar, plus adherence to house style (such as whether the Oxford comma is used, job titles are capped, etc).

I work for magazines, translation companies, corporate clients, academics, occasionally book publishers. I used to live in China, so about half my work still comes from there.

I also do a couple of books a year for publishers. This is by far my most interesting and challenging work. If a book has already gone through its proper editing, then I’m just checking for consistent style and flagging anything that fell through the gaps.

In broader terms: Making bad writing competent. Making good writing excellent. Getting out of the way of excellent writing.

“This expensive set of speakers has high dynamic rage.”

What are the most common grammar and punctuation mistakes?

I wish more people knew that there’s no apostrophe for ‘its’ as a possessive. “The car was missing its hubcap.”

Logically, there should be one; as a society, we have chosen to ditch it in order to make the distinction with ‘it is – it’s’.

Also on apostrophes: women’s and men’s, not womens’ and mens’.

Using ‘include’ when you mean ‘consist of’: “The panel included three academics and a novelist.”

Ending a ‘such as’ list with ‘etc’ or ‘and others’: “He had visited Asian countries such as Japan, China, etc.”

“Beijing’s night market is a concentration camp of delicacies.”

Where do you get your job satisfaction from?

I think of what I do as creating order from disorder. That’s very satisfying.

The most satisfying endeavour by far is working directly with an author. I make suggestions about structure, emphasis… anything I want. If all goes well, it’s a productive process where I make suggestions and the author then improves on them. Diplomacy is needed here!

The enjoyable part is engaging with intelligent people through good writing. Unfortunately, this is not that common. Working on a piece about the Shanghai Q4 real estate market written by an analyst with no ear for language is thankless; I get my kicks by being ruthless.

I don’t blame anybody in the slightest for having no writing flair; it may  not be where their skills or interest lie, and that’s fair enough. I do blame them when they misspell place names and use big words for no reason.

I’ve done a few academic works on the subject of martial arts. Every one of them used the phrase ‘marital arts’ at least once. I now do a search for it every time.

Do professional writers know their grammar?

To a limited extent! But I don’t think it matters that much. An ear for language is much more important.

However, I’ve never read excellent prose with terrible grammar. At its core, grammar is about clarity.

When I do the first editing round of a book, I focus on fixing all the small grammar mistakes or obvious infelicities. This instantly makes it easier to see the text clearly and make the bigger decisions. Until it’s in its cleanest form, it’s hard to know if a sentence works or not. I think of it as clearing away the debris.

The smarter writers notice the changes I make, and either adopt them or tell me they’d rather stick with what they’re doing. There’s plenty of room for interpretation in grammar rules; I have no problem with someone telling me they prefer a different way. I can adapt to them, and should.

Even editors aren’t always great at grammar. They subcontract it to people like me. It’s not interesting to most people, and if they didn’t get a sound basis in school then they probably haven’t made the effort to work on it since.

Under-rated is an eye for language. I’ll kill some dashes if there are too many already, I’ll throw in a not-strictly-necessary comma if I feel the text is too dense.

Paragraphing is much more important than people think. I spend a lot of time breaking big paragraphs into smaller ones. For factual writing, it clarifies meaning greatly. For literary work, it has a huge effect on tone and emphasis. A one-sentence para packs a punch if you save it for the right moment. (From Lolita: “You see, she had absolutely nowhere else to go.”)

“The scale of the projects are off the scale.”

What specific grammar howler should every writer check for in their writing?

Learn the difference between colons and semi-colons! And limit usage of both. I don’t mind when people misuse commas. They can be tricky. I get irritated when someone decides it’s time to chuck in a semi-colon, but makes no effort to do so correctly. It’s the equivalent of saying ‘utilise’ when ‘use’ works fine – sophisticated readers are going to mark you down.

Not grammar, but make an effort to check what words mean: ‘disinterested’ doesn’t mean ‘uninterested’.

Writers who mangle metaphors betray that they haven’t thought about what they’re saying. One magazine piece I did was about women “scaling the glass ceiling”.

“Access to quality building materials should not be taken for granite.”

Thanks very much to Aelred for taking part and, yes, for also proofing this blogpost.

If you have any work enquiries, Aelred can be contacted at aelred@gmail.com

The magnifying glass / grammar image is by PDPics courtesy of Pixabay.