Every Saturday or Sunday morning, I play a board game on my own at our kitchen table.  This blogpost doesn’t recommend the game or teach it or do anything like that. The game itself doesn’t even really matter.

This is about what playing that game does for me.

It’s not a quick game. Including the fifteen minutes to set it up and another ten minutes or so to put everything back in the box afterwards, one game takes me at least two hours. It’s often closer to three. 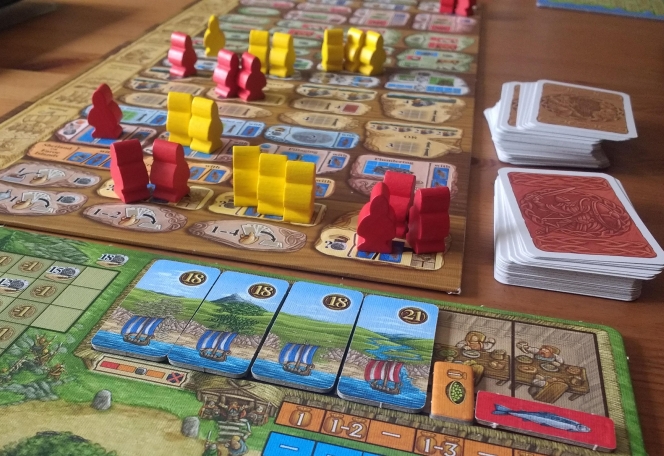 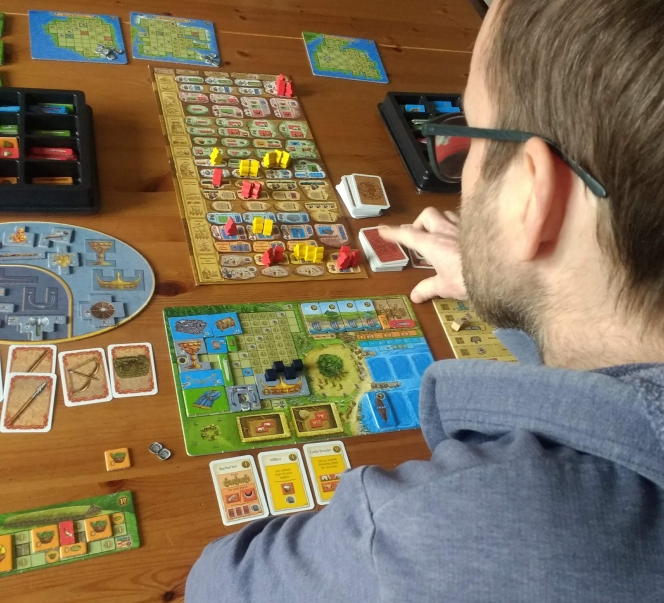 It’s known as a heavy game.  Not only because it’s has a viking-shed-load of rules to learn. It’s also a literally heavy game. The fully packed box weighs three kilos.

It’s not the kind of game that you win when you’re playing it on your own. It’s all about the points earned at the end of the game. Anything above 100 points is considered a decent score. My best score so far was 121 points. Yay. My score yesterday was 91. Boo. 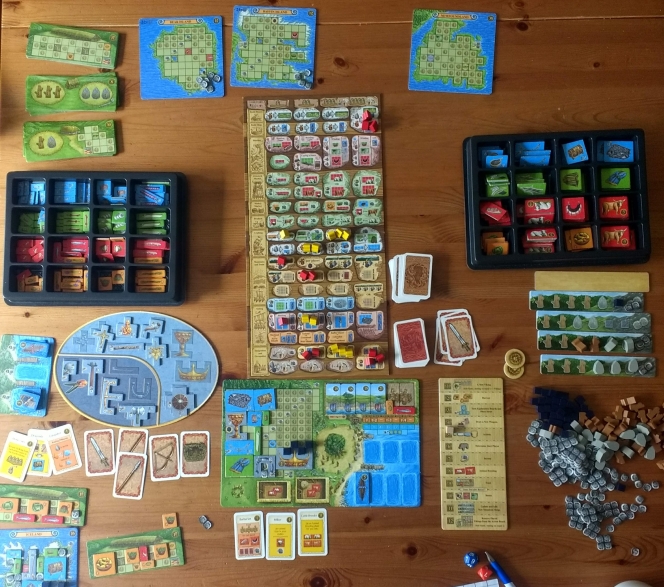 So that’s it, that’s what I do most Saturday or Sunday mornings. And, since the world went mad, I often do it both Saturday and Sunday mornings. It helps me forget about flattening the curve and social distancing and those other terms that we’ve all been forced to learn in the last few weeks.

While my children immerse themselves in TV and X-box and my wife goes for her walk and does her yoga, I sit down with a cup of tea and relax into the over-the-top, complicated and definitely nerdy puzzle that is this game.

I hope anyone reading this is staying safe and that you’ve found activities that help you keep going during these difficult times. 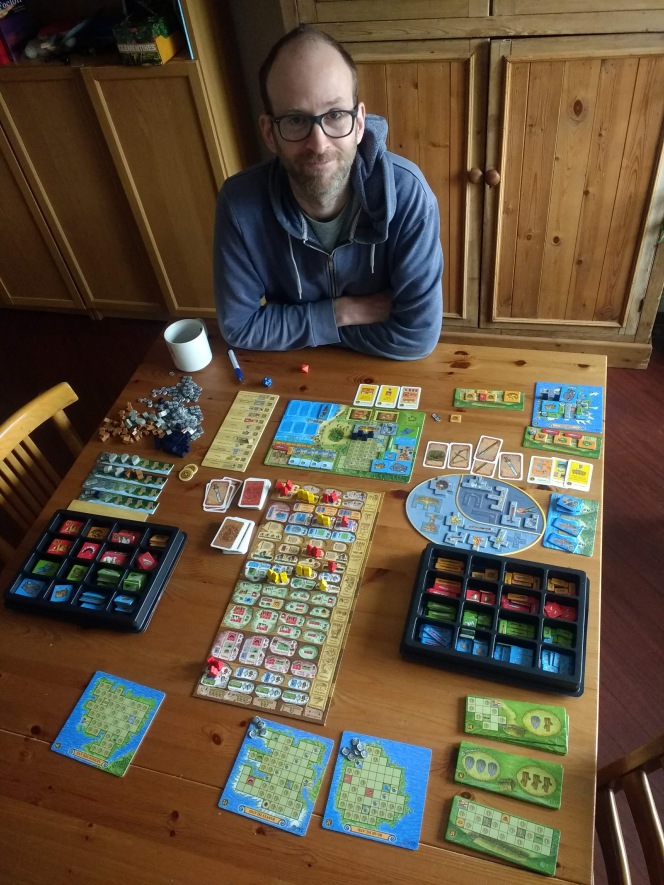 PS: If you’re curious, I was playing –